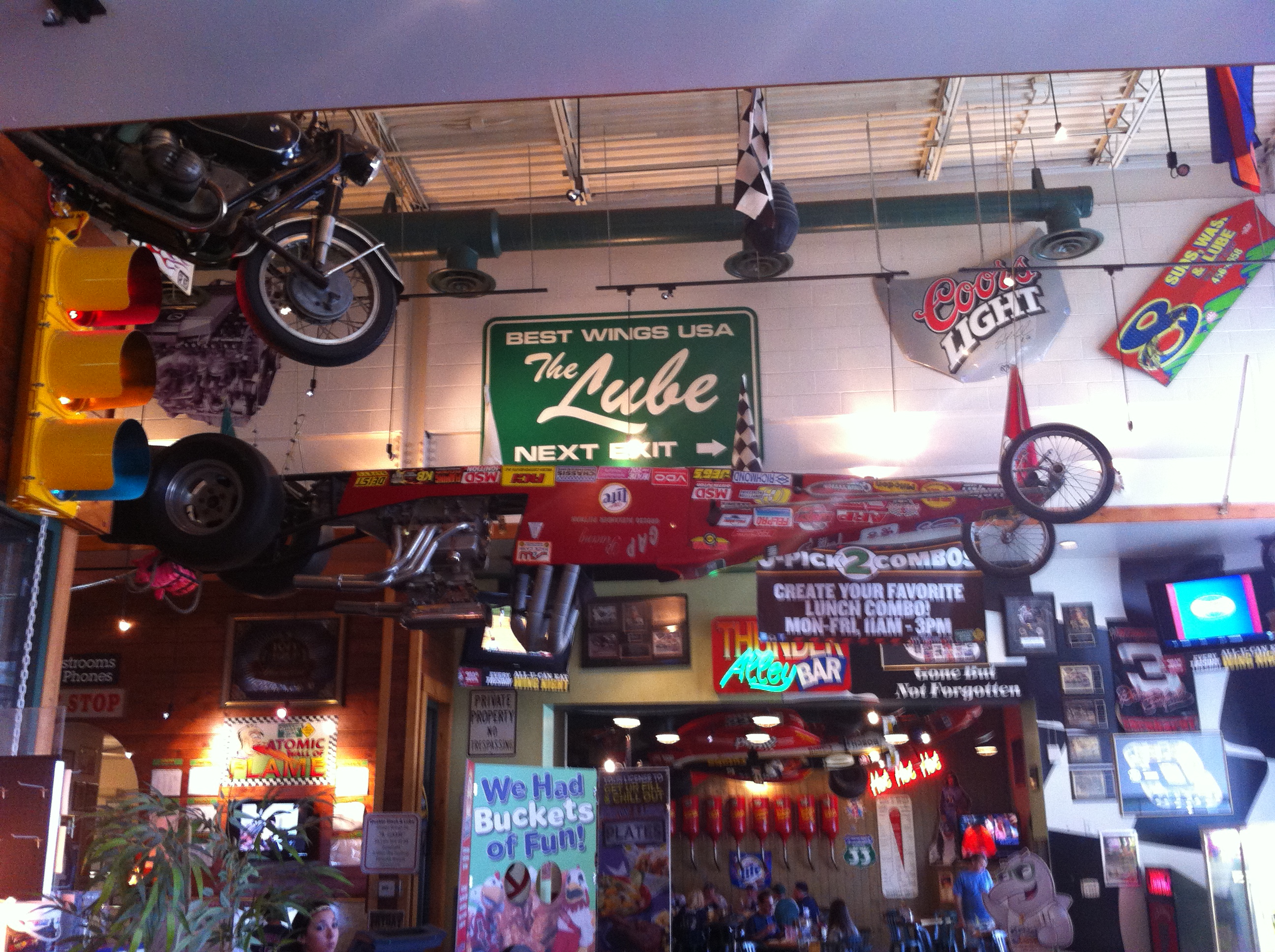 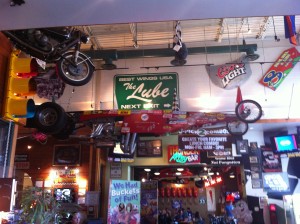 My last time eating at Ruby Tuesday was years ago and – as you know – this restaurant can be found in every big city and little town across America. My memory was that this was a place that paid some attention to its chicken wings. I especially recalled the jalapeno slices sitting on top of the wings, covered by a thick, spicy Buffalo sauce. Due to those factors, it was obvious that The Wing Authority was going to have to refresh his memory.

On this sunny Sunday, my wings were served by a cheerful female server with blue cheese and celery and with the jalapeno slices that I remembered so distinctly. According to the menu, these were to “cool the palate.” Have no fear. The Wing Authority can tell you these wings will not make you pant and run for the nearest glass of milk.

These wings are tasty! As you can see, they’re tossed generously in that perfectly viscous sauce and plated beautifully. They were crispy (maybe fried even slightly TOO crispy), juicy, and a good size.

Ruby Tuesday’s wings are well-known. While eating Buffalo wings next door to the Macy’s in your local shopping mall might not be the first choice for true Buffalo wing fanatics, it’s a good fall-back choice when stuck in an unfamiliar town and the craving hits, or when you’re forced to spend an afternoon in a shopping mall and need something to look forward to.

The fact is, Ruby Tuesday’s wings are definitely Buffalo.

This one is quick. The Wing Authority stopped by a restaurant in Hilton Head for some pizza and – you guessed it – couldn’t help from ordering the wings. These “Italian-spiced” wings were really flavorful, smelled heavenly, and were served with some bad ass marinara sauce. Tasty stuff.

However, that’s not the question here. The Wing Authority is here to observe and preserve the Buffalo wing tradition. To be fair, the menu doesn’t offer Buffalo wings and doesn’t claim these are Buffalo. But it’s worth going on the record and I need to do my job here, lest there be any confusion about what is and what is not Buffalo.

Therefore, while these wings are delicious they are totally NOT BUFFALO.

Alfee’s has long been one of my favorite locations for picking up spicy, flavorful, authentic Buffalo wings. Standing proudly on the corner of Glenwood Park Avenue, this place has a reputation for a reliably well-executed pizza & wings combo. I fell in love with my first Alfee’s wings almost twenty years ago. This place is so Buffalo it’s actually in Erie, Pennsylvania.

Alfee’s specializes in pizza & wings combos that the blue collar people of Erie rely upon for reliable delivery services on game day, for parties, and those dark winter nights with the kind of snow and wind that suffocates most continental souls. In other words, when you want some Buffalo wings in Erie and you want them right, Alfee’s is a top choice.

I stopped by this spring after a couple of years of not having had the opportunity, and I was not disappointed. The aesthetic, energy level, menu, and even the prices all declared that Alfee’s is STILL perfectly Buffalo. 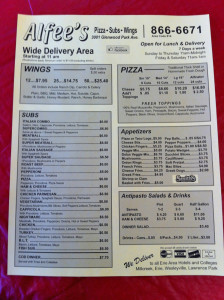 I order up a few different flavors: hot, suicide, and honey mustard. I’ve got so many good memories about this place it’s hard to decide where to start. On one particular occasion years ago, a friend of mine was so overtaken by the suicide wings and the pre-dinner happy hour that he put his head down on the table and remained that way through most of dinner. Delightful.

I’m hungry just looking at these saucy specimens. Alfee’s serves up crispy wings, fast and furious, with blue cheese and celery – as they should be. I just love seeing a Buffalo wing institution like Alfee’s running at full capacity, and this last visit was no exception – phones ringing, delivery drivers coming & going, and my order coming out promptly and perfect. 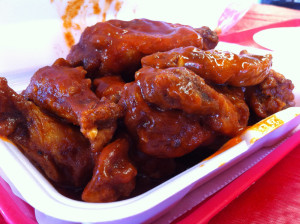 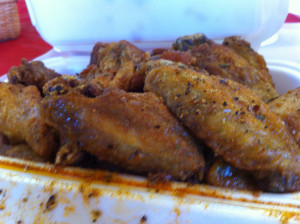 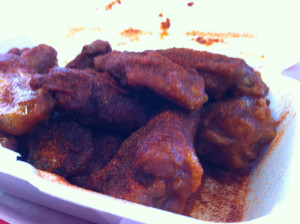 I’ll tell you what I will point out: the hot sauce is leaning a little toward the syrupy side. But it coats the wings much better than runnier versions of Buffalo sauce that I’ve come across. The chicken was tasty, the sauces were zesty, and they coated the wings with a really satisfying Buffalo sauce.

I love Alfee’s and after all its years of faithful service to Buffalo wing fanatics like myself, The Wing Authority will be just as faithful in declaring Alfee’s to be so damn TOTALLY BUFFALO.